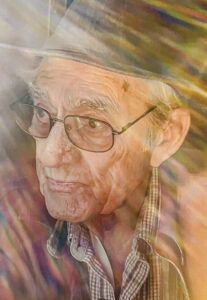 When he was not busy on the farm, he enjoyed spending time with his grandchildren and great-grandchildren. He looked forward to afternoons where he sipped tea on the back porch in his rocking chair with the love of his life.

A Memorial Service was held in his honor on Friday, February 25th, at 11:00am at Knobbs Springs Baptist Church in McDade, Texas.