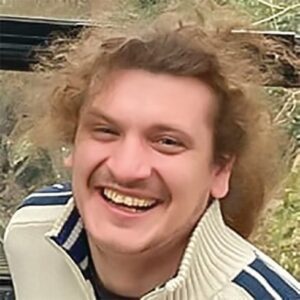 John Waylon Brown was born in Houston, Texas on July 22, 1993 to James Monroe Brown and Stephanie Suzette Tullos and was raised by his grandparents, James Albert and Carrol Sue Morgan, in Spring, Texas.

He was a graduate of Parkway Christian Academy in Spring, Texas. John spent most of his life in Spring where he worked as a handy man and carpenter priding himself on his ability to tackle any job. As a child and young man, he enjoyed spending time at the family farm in Huntsville tending the land, fishing, and riding around on four-wheelers.

John was genuine in that he always saw people for who they are rather than the struggles they may be facing; he would look out for everyone. He had your back and you could bring anything to John; he would congratulate you, celebrate with you, be an ear to listen, or a shoulder to lean on. His humor could bring a smile or laugh even in the toughest of times. If he was cooking, you knew there was a delicious meal to be had.

Unique music of all genres spoke to him and through freestyle rapping he often expressed himself. John will be loved and missed greatly by all until we meet again.

John passed away the evening of Sunday, May 8, 2022 at his home in Spring.