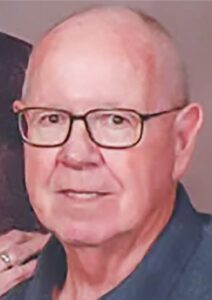 Cecil Rhodes Dorsey Jr. was born on December 13, 1947, to Catherine and Cecil Dorsey Sr. Cecil was baptized on October 28, 1956, in Gatesville, Texas. He was later confirmed at Immanuel Lutheran Church in Giddings by Rev. Robert Koenig on March 14, 1974. He was united in marriage with Carolyn Jean Weatherly on August 21, 1971, at Shady Grove Baptist Church in Nacogdoches, Texas. Cecil and Carolyn were blessed with almost 51 years of marriage and their son, Curtis.

Cecil worked as a teacher for GISD for 31 years, as well as a charter bus driver for Star Shuttle.

God called Cecil back to Himself on Friday, June 23, 2022. After a blessed life of 74 years, he passed away peacefully at St. David’s Medical Center in Austin.

He was preceded in death by his parents, Catherine and Cecil Dorsey Sr.; brother, Don Dorsey; and father-in-law, Charles Weatherly.

The Dorsey family recommends that memorials be given to the Ring the Bell Campaign at Immanuel Lutheran Church in Giddings or to the charity of one’s choice.