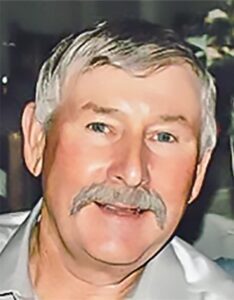 Tony graduated from Caldwell High School in 1971. On October 11, 1975, he was united in marriage to Nancy Lehmann at Martin Luther Lutheran Church in Giddings.

Tony worked at Alcoa in Rockdale as a mason for over 33 years. After retiring from Alcoa, he was employed by Lee County for 11 years. He was a member of Martin Luther Lutheran Church and the Rocky Mountain Elk Foundation. Tony was a longtime supporter of the Manheim and Lincoln Ag Youth Supporters. He loved the outdoors and enjoyed hunting, fishing, gardening, tending to his cattle, and mowing his yard. Time spent with his family and friends was always important whether it was the grandchildren’s ball games, movies with Trevor, or riding around or a trip to Canton with Nancy. He was happiest being with those he loved.

Tony passed away the evening of Sunday, June 12, 2022, surrounded by his family at his home in Giddings.

Memorials may be made to the Martin Luther Lutheran Church Youth Group, 573 North Main Street, Giddings, Texas 78942 or to the charity of one’s choice.